Why spend your children’s inheritance on an exorbitant circuit tester — when Klein clamp meters promise premium functionality but without the typically concomitant high-end price tag? Backed by 160 years of telecommunications and electrical experience, their machines offer upmarket characteristics such as CAT III and IV ratings, TRMS accuracy, temperature scrutinization, and non-contact voltage detection but without breaking the bank. And, with units suitable for new-amateur-electrician-on-the-block, serious DIYers, and trade pros — there’s a machine to suit every level of experience.

What to Look for In a Klein Tool Clamp Meter

Should you be chasing an electrical testing machine from a historic all-American brand, look no further than Klein Clamp Meters.

Respected as circuitry and telecommunication tool experts, this company has become renowned for its durable, accurate, and reliable machines — available at price points that aren’t going to hurt your bank balance or company bottom-line.

And, with a vast range that covers everything from first-time users through to high-energy electrical specialists — there’s a clamp meter suitable for every application, frequency of use, and operator experience.

When the company was founded back in 1857 by German immigrant Mathias Klein, the Klein Clamp meter wasn’t in the brand’s product catalog. The main reason being that electricity wasn’t widely used in industry or homes — the incandescent light bulb wasn’t even invented until 1879.

Its first tools were wire cutters for telegraph linemen. These products were so popular due to their robust build and ease of use, that they simply became known as Kleins in the industry — a genericized trademark that remains to this day.

With a foot in the telecommunications door — over the years the brand expanded its range, delivering a plethora of hand tools for telegraph technicians. And, as the telegraph industry evolved into telephone and wide-use electrical businesses — Klein adapted its product range to service these rapidly expanding markets — including safety equipment, wrenches, screwdrivers, and circuit terminal connectors.

This electrical back-history established its focus for the following 160 years — adapting its line-up to match the changing power network.

Today, the business operates out of Lincolnshire, Illinois, USA. In addition to the vast Klein clamp multimeter range — it produces impressive electrical equipment, including digital levels, data and video testers, and laser measurers in addition to their trade-focused hand tools of cutters, knives, and hex keys.

While the brand primarily focuses on trade-level users, its range also includes DIY-friendly machines for the casual and amateur operative. Yet, due to the pro-centric nature of their tools — it means that the lay-user benefits from the safety, durability, accuracy, and reliability running down from the pro tech.

Furthermore, whether you opt for a contractor-rated or home-focused clamper — you’re assured of affordability. Although many of their testers match premium machines for functionality, they don’t have the high-end price points of similar units from, say, the Fluke brand.

Their catalog includes clamp meters such as the DIY-targeting Klein CL380, the budget CL120, the light-contractor CL700, and the hardcore pro Klein CL800 — all coming with a reassuring two-year manufacturer’s warranty.

What to Look For In Your Klein Tools Clamp Meter

The ideal clamp meter needs to address both your preferences and the demands of your projects. For a detailed discussion of the factors you need to consider when selecting the perfect machine — take a look at my detailed Clamp Meter Buying Guide.

However, for a brief outline of what you should consider specific to Klein models, think about:

If you have the time, inclination, and patience — you could spend hours analyzing and comparing the multitude of Klein Tools clamp meters currently on the market. However, if you’d rather save yourself the headache, and instead use your valuable time sticking circuit testers into plug sockets — I have the solution.

Based on customer reviews, expert opinions, and my own insights — below are my top picks of the ultimate Klein Clamp units. And, if you want to know more about individual machines, simply click on the Nerds Full Review button.

Including a fuss-free DIY-level clamp meter together with trade-grade additional hardware, the CL110 Kit aims to satisfy both casual and contractor-level circuit testers.

The meter itself features everything you’d expect in a high-grade home user machine. Auto-ranging allows the tool to be used by clamp meter novices with no prior knowledge of readout metrics, while a memory hold function permits later scrutinization of your testing results.

Capable of handling 1000 volts with its CAT IV safety rating, this electrical tester is suitable for home, factory, and warehouse environments, together with shielding for heavily electromagnetic scenarios.

A low-battery warning system guards you against the dangers of mid-project cell failure — crucial if you’re surrounded by bare wires. And, being double-insulated and boasting 6.6-foot drop protection, it delivers user safety combined with a pleasing level of robustness.

With the accuracy and versatility of premium-level machines, yet available at a pocket-friendly price point — the Klein CL700 clamp meter is ideal for the serious amateur and light contractor.

Auto-ranging saves valuable downtime, negating the requirement to fiddle with switches, buttons, and dials to select the correct metric. What’s more, incorporating a temperature testing facility with an included thermoprobe — the tool is ideal for automotive enthusiasts and HVAC engineers.

The CAT III rating of this tool is sufficient for domestic voltages and light-industry three-phase systems. And, with TRMS technology — unusual on a basic machine — it offers more precise analyzation than its standard RMS counterparts.

What’s more, an integrated temperature testing facility permits heat level investigation from -40 to 1832 degrees Fahrenheit — allowing you to troubleshoot anything from microchips and hot air guns through to AC condensers and heating elements.

Auto-shutoff saves valuable battery life, while auto-ranging permits use by novice multimeter operatives. And, arriving complete with batteries, soft pouch, thermocouple, and testing leads — it has everything the clamp meter apprentice needs to use the tool straight-outta-the-box.

Unsurprisingly for a top-end machine, it boasts precision-elevating TRMS technology. And, with non-contact voltage detection, this tool will reveal live wires when the clamp head approaches an active circuit — elevating safety for the trade pro.

Stripped back to bare clamp meter requirements, the Klein Tools CL120 is a wallet-friendly machine suitable for casual home users, circuit testing novices, and DIYers on a budget.

Crucial for the inexperienced operative, the tool incorporates non-contact voltage alerts — warning you to the presence of live electricals without touching the target PCB, wire, or capacitor.

Although DIY-focused, it still boasts CAT III certification to 600 volts, permitting use in three-phase environments. Practicality is elevated by the inclusion of memory hold and max reading functions — while a pleasingly bright backlit LCD screen allows you to operate the tester in poorly illuminated environments.

Respected as telecommunications and electrical experts, its range includes units for every level of user — from circuitry testing newbies through to contractor operatives.

When selecting your ideal unit, consider the environments in which the tool will be utilized. Hardcore pros and high-energy investigators should opt for a unit with a CAT IV rating and ghost-voltage solving low-impendence function.

Hence, if you need an affordable unit, but don’t want to scrimp on accuracy or capability — I recommend going for Klein Clamp Meters.

Q: How Do You Use a Klein Clamp Meter

Boasting intuitive and straightforward operation, Klein Clamp meters are reassuringly effortless to use. Whether you opt for the DIY-level Klein CL380, the budget CL120, the light-contractor CL700, or the extreme pro Klein CL800 — even the most inexperienced of circuit testers can operate one of these useful units.

For an in-depth guide to wielding one of these machines, check out my Complete Guide to Using a Clamp Meter.

Yes. Delivering premium functionality but without a high-end price tag, Klein clamp meters are backed by 160 years of electrical know-how, hail from a US-based brand, and are supported by two-year warranties.

Stand-out machines include the contractor-level Klein CL800, and the complete kit Klein CL110.

Q: How Do You Test Continuity With a Klein Meter?

Continuity testing is one of the most straightforward ways to troubleshoot malfunctioning or problematic electronic devices. Here’s a quick video demonstrating the easy procedure: 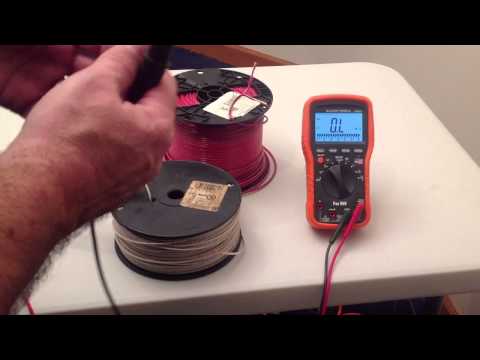 Q: How Do You Measure Car Current With a Klein Clamping Meter?

Checking automotive current is effortless — and requires no contact with a clamp meter. To learn how to use your Klein Clamp machine in this situation, check out the video below: 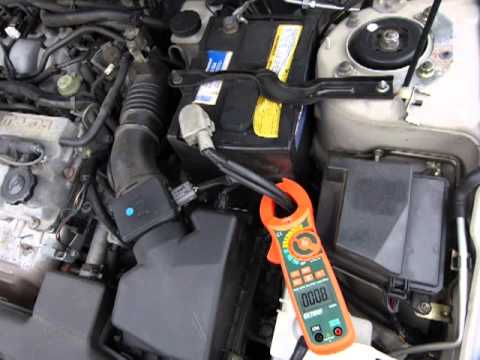 Q: What Is the Best Klein Testing Clamp Meter For Beginners?

With a CAT III safety rating, accurate TRMS tech, and effortless operation — I would suggest the perfect newbie Klein Clamp Multimeter is the CL380.

Q: How Much Are Klein Clamp Meter Machines?

Despite offering high-end functionality, Klein clamping meters are pleasingly affordably priced, including many units in the sub $100 range — such as the Klein Tools CL120 and the CL600.