Lightweight and with a compact design — the Black and Decker HG1300 heat gun is a power tool that will fit snugly into most toolboxes and cupboards — yet still offer some of the versatility of its larger competitors.

Delivering two temperature settings — 750 and 1000 degrees Fahrenheit — this unit is equally at home thawing pipes as stripping paint. An integrated stand allows for safe cool down and hands-free use — while its ergonomic handle promises a secure grip, even during extended projects.

A simple-to-operate rocker switch means that even a hot air newbie can control this unit with confidence. And — incorporating a six-foot mains cable — it should liberate you from the confines of power outlet tethering.

With its bold orange design, you know this hails from the Black and Decker brand. The company, with its 110-year history of power tool manufacture, has designed this heat gun as the younger brother to its variable temperature, BDPG700 model.

Features and Benefits of the HG1300 Black and Decker Heat Gun

Time to get down to the meat!

Let’s see if this unit can take the heat of its competitors — or just leave you feeling cold.

Should you be looking for simplicity, heat guns probably don’t come any more straightforward to use than this machine.

A rocker switch allows you to choose between the LOW (750 degrees Fahrenheit) and HIGH (1000 degrees Fahrenheit) setting. Mounted on the handle, it enables you to alter between temperatures one-handed — which may be a benefit if you’re using your other hand to manipulate your working material.

Admittedly, just two heat levels don’t give you the vast temperature spectrum of an LCD machine — and it doesn’t have an upper heat setting as high as other dual-temp units. But — while it may not deliver the flexibility that professional or devoted DIYers demand — for the general householder wishing to remove glue or strip lacquer, it’s more than adequate.

At the foot of this heat gun’s handle is a fold-down metal support.

This permits you to invert the machine with the nozzle pointing upwards — enabling you to stand the unit on a workbench. This then means you can mold or bend materials above the heat gun, hands free. Furthermore, it also allows you to leave the gun in a safe, cool-down position — preventing the nozzle from scorching your table.

Personally, I welcome this feature, as many competitor models lack this additional support — which means they rely purely on the heat gun’s flat base for stability.

As an additional note, this metal support can also function as a hanging loop — allowing you to store the unit on a hook, nail, or pegboard — out of harm’s way.

You could say that the Black & Decker HG1300 makes its own niche — the mid-size gun.

While less sizable than models with similar features — it’s not as small as a mini heat gun. Measuring just 9.38 by 9.63 inches, I suggest it’s an ideal hot air unit for those consumers who need the heat of a full-size gun but want their unit to fit snugly into a kitchen drawer.

If you’ve never brandished a heat gun before in your life, I’m sure you still understand the annoyance of hand fatigue.

Gripping bicycle handlebars, a steering wheel, or even a hairdryer (if you’re still lucky enough to have hair), for extended periods can lead to aches and pains.

For me, the HG1300 boasts a well thought out handle. It’s molded to fit the contours of the hand — allowing for comfortable gripping. Furthermore, a textured relief and base buffer should ensure a tight and non-slip hold — even when you’re perspiring.

If anyone tells you that length isn’t important — then they’re just trying to justify the inadequacy of their own equipment.

Any DIY fanatic will tell you longer is better — especially when it comes to the mains cord. Being tethered on a short rein to a power outlet restricts your freedom and can lead to a less than perfect finish on your projects.

Furthermore, continually overstretching the cable can mean the crucial electrical connections become damaged — meaning cord replacement at best or, at worst, the risk of electrocution.

Hence, it’s pleasing to see that the Black Decker HG1300 has a six-foot power lead — which should be ample enough for most home applications.

Firstly, it reduces heat transfer through the handle — ensuring your hand remains cool. It also makes sure that the sensitive coil component doesn’t overheat — increasing its longevity. Finally, it means that the gun rapidly cools down once your work is finished — reducing the likelihood of accidental burns and allowing you to pack it away quickly after use.

What Users Say About The Decker HG1300

In my eyes, the Black and Decker heat gun is a neat and compact machine that’s not challenging to use — even for the hot air novice.

But, as I’m not wielding this unit on a daily basis — my opinions are somewhat limited.

Hence, for the ultimate review, and to prevent any subjective bias — I sought out the opinions of guys who actually own the gun. And, I’m happy to say, the feedback was reassuringly positive.

Owners remarked upon the handy integrated stand, the fact that the tool is smaller than many of its counterparts, and the comfortable feel in their hands. Agreed, some guys found it a shame the heat gun didn’t have a higher upper temperature. But overall, they felt the machine did as much as, if not more than, it promised.

Alternatives to Black and Decker HG1300

If this machine isn’t stoking the fire of your heat gun desire — then take a couple of minutes to check out these alternative power tools.

Should you still want a heat gun that offers dual temperatures — but feel that the Black and Decker lacks power in the top end — then this may be a solid substitute.

The Furno 300 delivers a maximum heat setting of 1100 degrees Fahrenheit — 100 degrees higher than the HG1300. This should make it more suited to tackling the removal of years and layers of paint.

CHECK OUT THE WAGNER FURNO 300 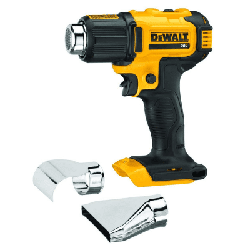 Love the idea of dual temperatures — but don’t want to be held back by being tied to the wall? Then I may have found a heat gun to break you free.

The DCE530B is a cordless machine, running off a standard DeWalt 20-volt battery, One charge gives you the freedom of 42 minutes of continuous use. Furthermore, it includes an LED light for work in dark areas.

CHECK OUT THE DEWALT DCE530B

Want more temperature versatility than the HG1300 provides? This DeWalt heat gun may satisfy your desires.

Featuring an LCD screen and pushbutton control, the D26960K gives you a temperature range of 150-1100 degrees Fahrenheit — in 50-degree increments. This allows you to tailor the output and intensity for your particular project.

If you want a reliable, dual temperature unit that’s more compact than many of its competitors — this heat gun should meet your needs.

Easy for the novice to operate, its 750 and 1000-degree settings should allow you to complete the most common DIY projects — effortlessly. Furthermore, with its intelligently-designed ergonomic handle, and its numerous vent holes — this machine should feel both comfortable and cool in your hand.

To be honest, some DIY guys will feel that it lacks grunt in the upper temperature range — and the lack of additional nozzles restricts its flexibility and quality of finish.

But, if you’re looking for a relatively small unit that packs an impressive amount of power for its size — the chances are you’ll warm to the Black and Decker HG1300.

The HG1300 from Black and Decker incorporates a nozzle with a two-inch diameter.

Q: Does the Insulation on the Black Decker HG1300 Contain Asbestos?

Q: Will the Black and Decker Heat Gun Strip Paint?

Yes. The HG1300 is ideal for removing paint and varnish. You will need to have the machine on the upper temperature for the best results.

With two temperature settings of 750 and 1000 degrees Fahrenheit, the HG1300 can tackle a multitude of household DIY jobs. These include:

Q: How Much Does the HG1300 Black and Decker Cost?

With its dual temperature feature, compact design, and integrated stand — the HG1300 delivers a surprising amount of versatility for a budget-friendly machine. To check out the current cost of the HG1300.

Yes. The HG1300 is perfectly suited to thawing pipes and defrosting refrigerators.

The manufacturer indicates that the HG1300 isn’t designed for use with food. Hence, it should not be used for this purpose.

Articles from other Categories 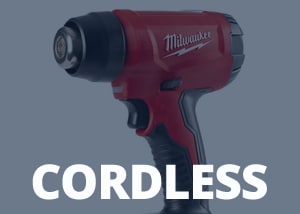 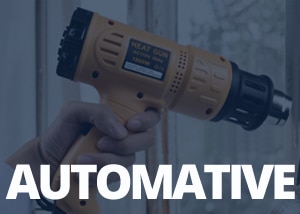 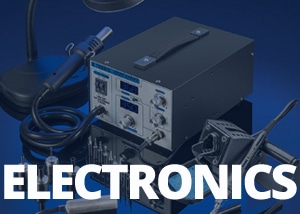 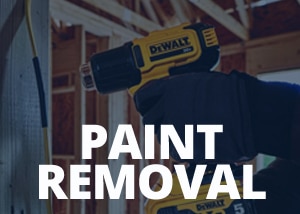 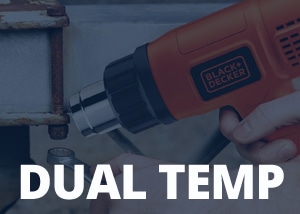 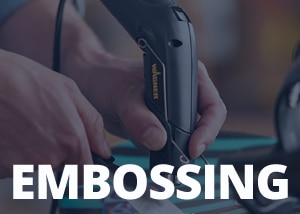 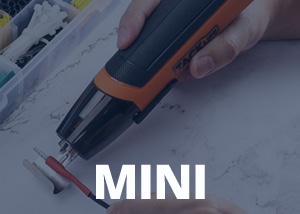 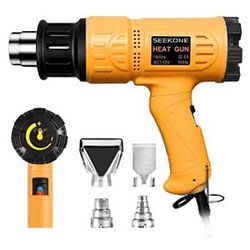 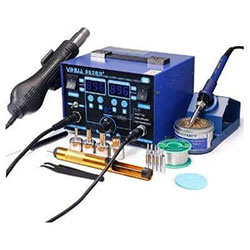 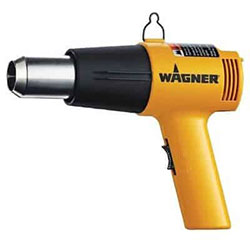 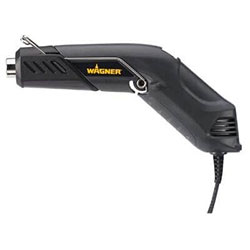