What You Need to Know about a Sherwin Williams Paint Sprayer 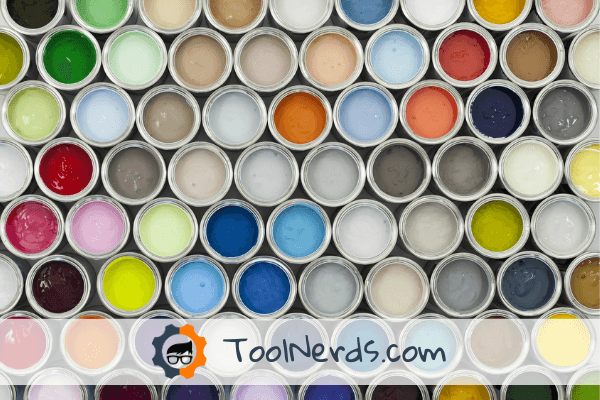 The name Sherwin Williams is synonymous with top-quality paints and has been for over 150 years. Founded in Cleveland in 1866 by Henry A. Sherwin, the company now has more than 60,000 employees and a turnover that places them among the Fortune 500 US industrial and service companies.

It encompasses a portfolio of well-known brands such as Dupli-Color, Krylon, Minwax, Valspar, to name a few. It also collaborates with HGTV Home decorating and restoration television channel. Facilities and stores selling Sherwin Williams paint span the globe — as close to home as the US, Latin America, Canada, and the Caribbean, and as far afield as Europe, Australia, China, and New Zealand.

The coatings produced are used by many different industries, including aerospace, automotive, general industrial, protective, and marine. The brand also attracts homeowners and professional painters with its extensive color range and product types.

Whether you’re an avid DIYer, weekend warrior, or professional painter, you’ll find a wide range of Sherwin Williams coatings that offer quality finishes. Let’s take a look at some of them and pair them up with the best paint sprayer for the job at hand.

1. Krylon K05633007 COLORmaxx Acrylic Latex COLORmaxx from Krylon is a Sherwin Williams paint that comes in a choice of colors and different finishes — including gloss, satin, and flat. It’s an acrylic latex paint offering superior coverage on many different projects. You can use it on metal, wood, masonry, drywall, wicker, plastic/ceramic, or wrought iron, both inside and outside the home.

If you’re looking for a paint sprayer that’s easy to use, the Wagner PaintREADY Station fits the bill. It’s a good match for Krylon’s COLORmaxx acrylic latex paint and should apply it evenly without the need for thinning.

Its floor-standing turbine takes the weight away from the spray gun, and a 15-foot hose offers freedom of movement during operation. Other beneficial features include a 1.5-quart paint cup, a patented iSpray nozzle, and three spray patterns.

Nerds Full Review
2. Sherwin Williams Antique White Krylon Interior Latex Paint
As a professional painter, you undoubtedly get through plenty of interior paint, and eggshell antique white is one of the more popular neutral colors. This massive 5-gallon bucket of Krylon interior latex paint will go a long way in making light work of large jobs — especially when paired with a paint sprayer.

Fuji Mini-Mite 3, Mini-Mite 4, or Mini-Mite 5
The Fuji Mini-Mite range offers three formidable sprayers for professionals, or a home DIYer wanting a durable unit that’s reliable with massive power output. All models are quiet in operation and supplied with an industry-respected T70 or T75G spray gun. A smooth, residue-free, uniform finish of this Krylon paint can be achieved every time.
Nerds Full Review
3. Valspar Interior Latex Paint

Valspar brings us a white semi-gloss acrylic paint that’s suitable for interior walls and ceilings. It dries to the touch in between 30 to 60 minutes, and should you need to, can be recoated in 2 to 4 hours. A one-quart tin offers coverage of up to 100 square feet.

Great for painting expansive areas like walls and ceilings, Wagner’s FLEXiO 3000 delivers a first-class finish of acrylic, latex, and stains. Supplied with two different nozzles, one for wide coverage and one for detail work, this handheld unit packs plenty of punch from its internal turbine and features nine dial-in settings.

If you’re searching for a coating that covers marks and scuffs easily — this high-hiding paint from Valspar could be ideal. It has less opacity, hence, conceals marks, or paints over dark colors without extra coats. It’s washable with a low odor and low VOC and comes in this five-gallon or one-gallon size.

Graco is one of the main players in the paint sprayer market, and the Truecoat 360 is one of their most popular models with home DIYers. It incorporates airless operation, delivering a flawless finish on most paint types, including latex. Patented Vacuvalve technology permits spraying at any angle, and the durable stainless steel piston pump keeps your paint flowing.

The Minwax ranges from Sherwin Williams produce many stains and colors to protect and bring out the beauty of wood. You can use them on floors, cabinets, woodwork, and interior furniture. They are super quick-drying, produce minimal odor, and being water-based, make for easy clean-up. You also get the choice of different finishes like satin and gloss.

As the name suggests, this sprayer from Wagner is ideal for stains and less dense coatings like polyurethanes and sealers. It’s geared towards home DIYers completing projects where wood is involved — delivering a flaw-free, even finish from its Control Finish nozzle. Its user-friendly adjustability and patented Lock-N-Go feature make it easy to assemble and take apart.

When it comes to metal and the outdoors, rust is always a factor that affects the look and durability of fences, garden furniture, mailboxes, and more. You can protect your wrought iron and other metal around the outside of your home with this enamel paint from Krylon. It’s quick-drying and prevents corrosion — plus, it contains a primer, so one coat should do the trick.

Working on metal fences and furniture requires a paint sprayer that can deal with the intricacy and detail these often involve. Offering reliability and accuracy, you can choose from three spray patterns and a variable flow rate. An ergonomic handle and lightweight construction mean less fatigue in your hands and allows you to spray for longer.
Nerds Full Review
2. Valspar Porch and Floor Latex Satin Enamel
Is your porch, steps, verandah, or railings in need of a spruce up? This latex stain enamel comes in a choice of colors including light gray, dark gray, and white — and it’s weather and wear-resistant. You can use it on the inside or outside of your home to freshen tired-looking paint.

With adjustable flow control, a choice of three spray patterns, and the capability to spray latex, sealers, and other paint mediums — this unit is a versatile handheld sprayer for novices or experienced painters. It features a durable brass spray tip and comes with a viscosity cup, an ergonomic handle, and a cleaning brush.
Nerds Full Review
3. Valspar/Cabot Clear Wood Protector

When you want the wood on your deck to shine through naturally, this clear from Cabot delivers. It waterproofs wood, as well as protects from mildew and algae growth, plus harmful UV rays. It can also be applied to masonry, stone, concrete, and brick.

Earlex brings us a budget-friendly paint sprayer suitable for many different coatings, including sealants, fence and deck stains, thinned latex, lacquers, and more. This is a great entry-level machine that’s easy to operate and clean. It also has three spray patterns and can be used from multi-angles.

Using a primer before applying paint ensures your topcoat adheres better, so the color you choose stays true. With more than 20 shades available, Krylon Farm and Implement primer can be used on any metal and wood as a base for your coating. It’s available in both one-gallon and one-quart sizes.

Loved by both home enthusiasts and pros, the Earlex 6003 is versatile and durable. It arrives with a 25-foot hose for plenty of reach and a one-quart paint cup for fewer refills. It’s ideal for primers, but will also deliver a flawless finish with other materials such as varnishes, sealants, latex, lacquer, shellac, and chalk paints.

1. SHERWIN WILLIAMS Finish 1 Ultimate Overall Clearcoat
For a glass-like finish on cars and other vehicles, Sherwin Williams brings us their Finish 1 Ultimate Clearcoat. It’s a urethane coating available in slow, medium, and fast hardening formats — and a favorite of many home car enthusiasts and professional paint sprayers.

For pneumatic fanatics, the Eastwood Elite CC500 could appeal. This paint gun arrives with two nozzles — 1.3 mm and 1.4 mm — ideal for delivering clearcoats, plus basecoats and water-based paints. What’s more, weighing only 2.1 pounds, it’s perfect for reducing fatigue — and requiring only 9.5 CFM at 30 to 40 PSI, it doesn’t demand a colossal compressor.

Another selection from the Sherwin Williams Finish 1 series is this gray primer in a one-gallon can. Geared for bodywork repairs, it will cover and fill sand scratches so you can apply your color coat with confidence. It includes a hardener to finish the job.

Geared for trucks and cars, this paint sprayer is designed for use by both pros and automotive DIY enthusiasts alike. Its setup and operation are straightforward, and it’s fully adjustable. It comes complete with two nozzles — the Detail Finish for thin materials and iSpray for textured coatings and thicker mediums.

Nerds Full Review
3. Dupli-Color Paint Shop Finish System
With four steps to choose from, this system brings you a primer, base coat, lacquer, and topcoat in a choice of 14 colors, including metallics. It’s ready to spray without the requirement for mixing or reducing and rapidly dries so you can buff it to a showroom quality finish. This medium is designed with cars and motorcycles in mind.

The Graco X5 is a compact, lightweight airless sprayer that packs plenty of power from a 3000 PSI output. It’s supplied with the sought-after SG2 spray gun for good atomization and delivers a consistent finish. Capable of spraying many different mediums, it should dispense the whole range of the Dupli-Color System.
Nerds Full Review
4. Dupli-Color Clear Truck Bed Coating
If you love your truck, you’ll want to protect the bed from impact damage and rust. Dupli-Color has the answer in this textured clear coat that’s impact-resistant and won’t flake, chip or peel. It helps protect the factory finish and keep your truck-bed looking better for longer.

This machine is perfectly suited for small to medium projects, and being cordless, is a great solution for reaching into a truck bed for spraying. It has an industrial-grade carbide pump, Graco’s patented ProConnect system, and a spray tip designed to reverse through 180 degrees to clear blockages. The Flexliner paint cup system reduces cleaning time and lets you quickly change to a fresh refill.

Now you know all about Sherwin Williams paint and the best paint sprayers to use with them, it’s time to start spraying up a storm. The list of paints and sprayers I’ve put together here is the tip of the iceberg, but at least you now have an idea of what works. One thing that’s certain is that spraying Sherwin Williams paint will speed up your project, deliver a smooth, even finish — and it’s more fun!